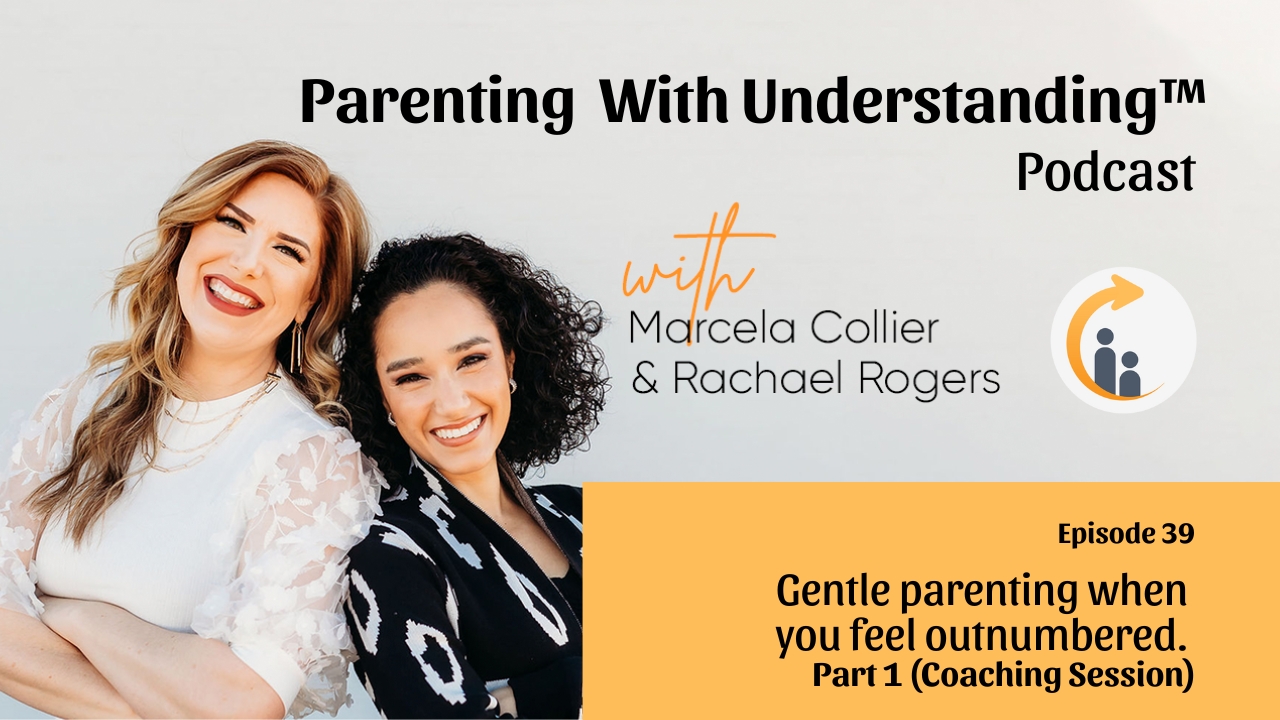 In today’s episode, you’ll get a peek into the first part of a coaching session with Francesca, who’s based in Italy. After struggling to conceive, she birthed 2 miracle babies. 🥰

Due to her husband’s busy work schedule, she’s often left alone to raise the kids, which has caused her to be more reactive than before. 🗣️

She desperately wishes for her kids to feel the tremendous love she has for them, instead of feeling disappointed by her constant yelling. 😔 If you can relate, you don’t want to miss this!

Francesca & her husband lived in Canada for a bit. While there, she struggled getting pregnant, which caused lots of stress that began to affect other areas of her life. After suffering 4 miscarriages, she finally conceived her son, Diego (now 6), & the couple decided to move back to Italy to help ease some of their stress. 😮‍💨

Everything was seemingly fine until Francesca was about 7 months pregnant with her daughter, Clarissa (now 3). It was then when she began yelling more. At the time, she was unknowingly struggling with undiagnosed depression. According to her husband, she was no longer the person she used to be, so when Clarissa was 4 months old, they underwent a brief separation. Francesca was crushed & desperate to restore her family, so she agreed to work on her issues & they reconciled. 🕊️

Francesca is an early childhood educator & her husband travels a lot for work. He’s sometimes away for months at a time &, even when he isn’t traveling, he works 12-hour days. 😫

In other words, Francesca is frequently left home alone with the kids. Despite her best attempts to keep her cool, the stress of keeping up with all of her responsibilities & taking care of the kids, takes a toll on her mental & emotional health. ❤️‍🩹

As a result, she ends up in a vicious cycle of being reactive, yelling, feeling guilty, convincing herself that she’s damaging her kids, & worrying that they’ll remember her as an angry mom, instead of the loving mom she really is. Then, she tries to overcompensate for their disappointment, but never feels like anything she does is good enough. 😥

As Marcela & Rachael tried to dig deeper into Francesca’s limiting beliefs, she had a breakthrough moment: whenever she tried joining her older brother in whatever games he played, he was often frustrated by & never satisfied with her effort, even though she gave it her all. Over time, the false belief of never measuring up was subconsciously ingrained in Francesca’s mind. 🤯

Moreover, Rachael helped Francesca understand that whenever she observes her kids’ reactions to her responses, it triggers a core, childhood wound. In other words, her brain interprets their reactions & it reminds her of her brother’s disappointment, & those old feelings of not being enough flood to the surface, making her more responsive. 😲

Tune in next Tuesday, December 27th, 2022, for Part 2 of this episode & find out how Marcela & Rachael coach Francesca through developing new beliefs that’ll help her soften her approach, so she breaks her generational pattern & transforms her parenting for life! 🥳