Epi #35. How Can I do Gentle Parenting As A Neurodivergent Parent? Coaching session 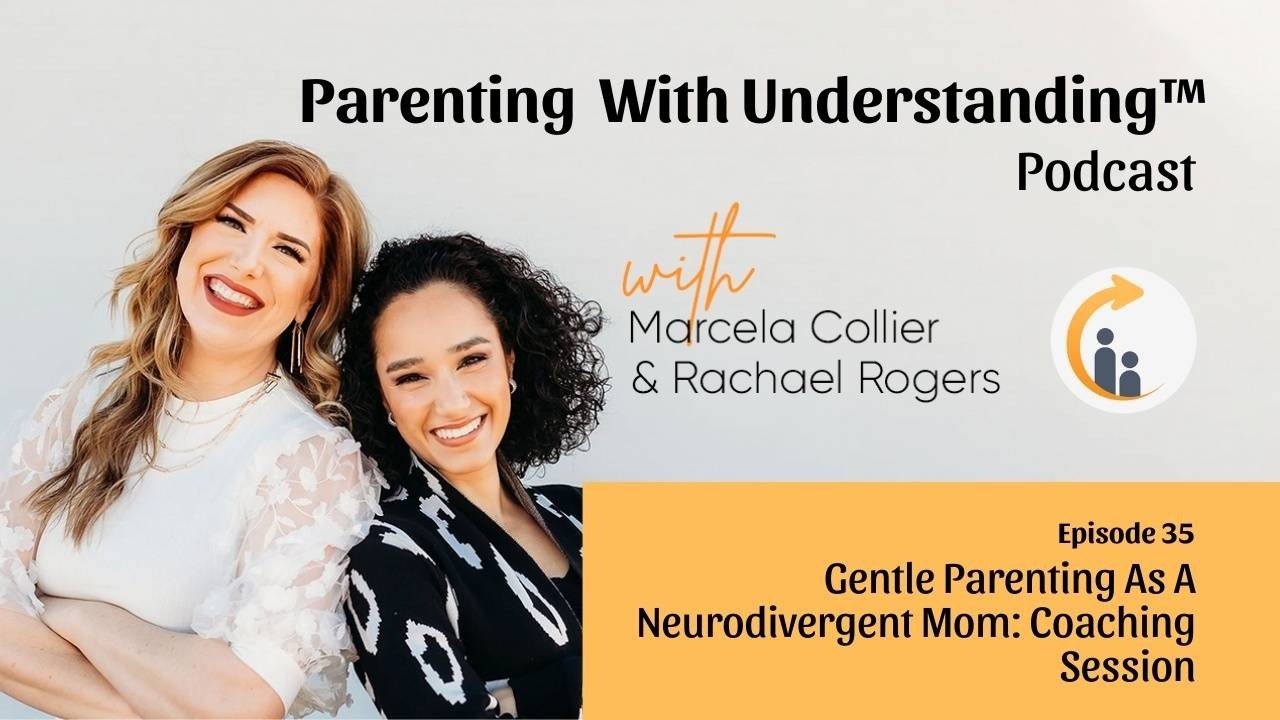 HIC Parenting Education
Epi #35. How Can I do Gentle Parenting As A Neurodivergent Parent? Coaching session
1:13:43

Hi, Cycle Breakers! Today’s episode is different from the others we’ve brought you because we’re letting you in on a coaching session between Rachael & one of our valued customers, Adison, who’s active in our private Facebook group, HIC Cycle Breakers.

Backstory
Adison is a 24 year old mom to her 22 month old son, Hugo. She was recently diagnosed with Autism & shared her gentle parenting concerns as a neurodivergent mom with Rachael.

Soon after undergoing an emergency C-section, Adison struggled with her recovery. She admits that those with Autism don’t handle change well & this was her case. The sensory sensations of being cut open & having bandages all over really took a toll & she began to feel uncomfortable & angry.

But, she also shares that her Autism has made her very intuitive with her son, other people, and even animals. Sometimes, though, she has trouble recognizing social cues & will blame & beat herself up over it.

Growing up, her parents were very loving, but unintentionally invalidated her feelings & experiences often. Over the years, it’s caused Adison to question & blame herself when things go wrong. She’ll also keep things in, so as to not inconvenience anyone.

Adison & her family recently moved in with her parents, so there’s been a lot of change lately, which is stressful. Add on other stressors, like her son wanting to be on top of her all day, the dogs barking, & being in a new environment, & it’s a perfect storm for a sensory meltdown & new behaviors from her son.

Lately, Hugo’s been rough with his grandparents’ dogs. This worries Adison for several reasons. Of course, she doesn’t want the dogs to get hurt, but she’s also concerned for Hugo’s safety. She shares that her parents’ dogs are known to bite & she’s afraid they’ll bite him, which could cause her dog to get involved to defend him & a huge problem could ensue.

It’s important to note that Adison actively researches parenting information, so when she found herself stumped as to Hugo’s behaviors, she was caught off-guard because she’d always felt well-resourced. She’d always been gentle with him & modeled how to softly touch pets, but she thinks the reason why Hugo’s treating the dogs this way is because he enjoys their reaction.

This led her to catastrophizing thoughts about what it could mean about his future, which worsened her anxiety. Plus, she feels frustrated about not being able to get through to him to stop. Rachael was able to discover that Adison also feels frustrated at herself & her son, like she’s failed him in some way because she isn’t spending every second of the day looking after him to keep it from happening.

Rachael was also able to uncover Adison’s constant, inner desire to always do things right & meet others’ expectations. When she was younger, it was about school work & extracurricular activities, but now it’s about how she shows up as a mom. Rachael reminded her that it’s important to honor her loving parents, but that it’s also okay to honor the experience of her upbringing, even if it means that they didn’t meet all of her needs as a child. Overall, she’s always felt like she’s never doing enough.

Afterwards, Rachel asked Adison what she’d tell her younger self & examine how it made her feel. Adison confessed that she doesn’t believe in any of the things she told her younger self. It’s easy for her to say, but difficult for her to believe & own. She says that it’s always been much more challenging for her to do basic things that seem easier to others, like performing well in school or holding down a job.

These perceived shortcomings, along with constant burnout, have caused Adison so much grief that she’s thought about ending her life, but she tries to keep busy so that she doesn’t get those thoughts or go through with them.

Adison admitted that her main motivator for doing (or not doing) things is driven by fear, especially because she was bullied growing up. Rachael explained to her that she has a need for validation & safety from the outside world, which explains her behavior. She encouraged Adison to seek validation from within herself because all of her worries & fears are affecting how she shows up everyday — in survival mode.

Rachael goes on to explain that Adison’s nervous system has activated her “fawn response”, where she’s trying to fix, change, & manipulate a particular outcome. Hugo’s toddler brain craves independence, so he’s interpreting Adison’s reactions as an attempt to control him, & it causes power struggles.

Instead, Rachael suggests that Adison should aim to correct the behavior, instead of trying to stop it, by understanding his needs; for example, freedom. Give him fun, safe options: striking a pillow, something else to squeeze on when she sees him going after the dogs, etc.

At his age, the brain isn’t developed enough to show empathy. It doesn’t even begin until he’s around 6 years old & isn’t fully developed until he’s in his mid to late 20s. It’s quite likely that the transition from moving into a new home, with new people, has triggered his own anxiety, a universal human emotion, & manifesting as aggression towards the dogs.

Rachael suggests that, instead of Adison reacting to his treatment of the dogs, she shows them empathy & models it for him. Toddlers are better able to understand body language than logic & reasoning. Modeling is the best way to correct behaviors in a child his age.

Also, Adison should point out whenever she observes Hugo treating others kindly, especially the dogs.

Finally, Rachael ends the session by giving Adison the following acronym to help her through her anxious moments: ANCHOR

FYI: Now’s the ideal time to join the Parenting With Understanding™ Program. In honor of Black Friday, we’re offering open-enrollment all week! It’s on sale from now until Sunday, November 27th, 2022 @ 11:59pm EST. So, if you’re truly serious about joining, I strongly encourage you to take advantage of this amazing deal. It’s the LAST time it’ll be offered this year & at this price point! Beginning in 2023, the price will increase, as it will become part of a much more comprehensive parenting program. Just click the link below to enroll: