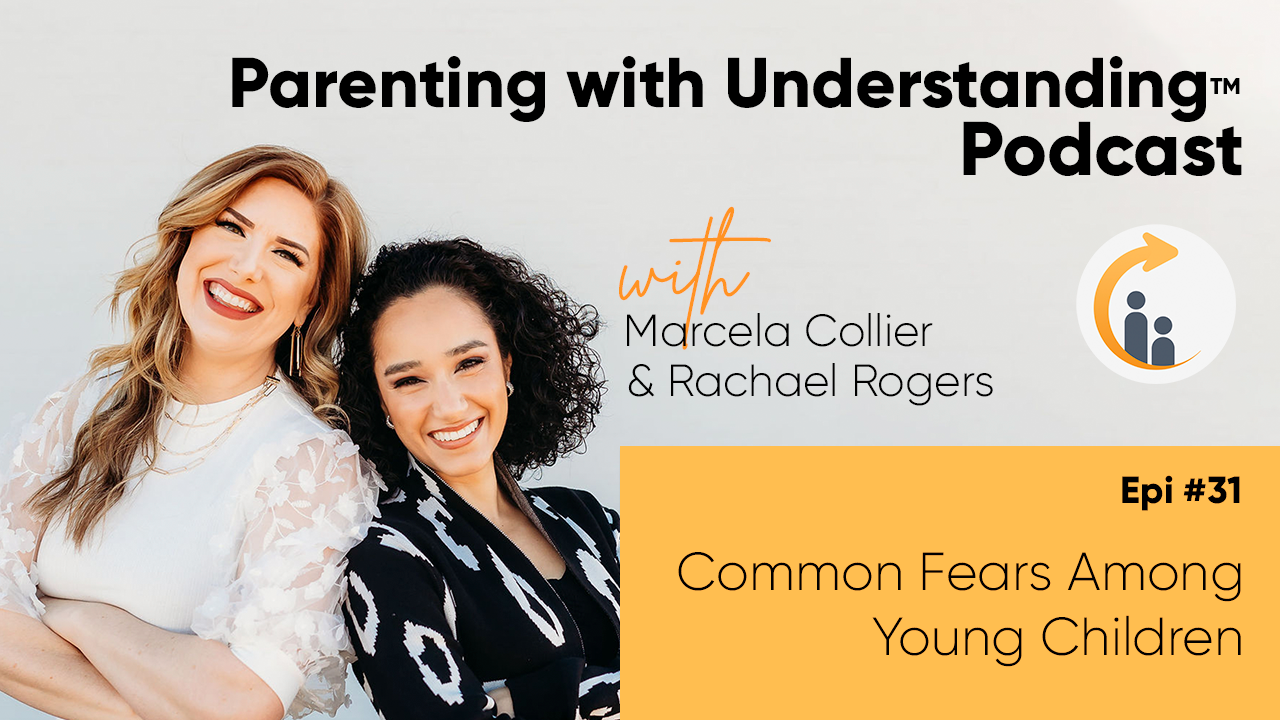 Hi, Cycle Breakers! We’re wrapping up October and our fears-based series in today’s episode with common fears among young children. We’ll talk about what some of their typical fears are, what causes them, and what you can do to help them through it.

Fear of the Dark:

Most young children are afraid of the dark, especially if they’re alone or a trusted caregiver isn’t around. Sometimes, it could be a learned response. For example, my Abuelita Carmenza learned to be afraid of the dark from her parents, who’d often use it as a way of getting her to comply. They’d also threaten her with “El Cuco”, the Latino version of, “The Boogeyman”.

Recently, Miguel and Santi were playing in the backyard when it was close to bedtime. I mentioned to her that I was going to call them inside shortly, but she took it upon herself to shut the backyard light off, so they’d scurry inside. When they didn’t come in, she took a look and was shocked to see them playing as if nothing happened. She thought it would’ve been a sure-fire way to get them inside, but I don’t use scare tactics on them, so being in the dark had no effect. They eventually came inside, on their own recognisance, a couple of minutes later.

Fear of Being Alone:

The effects of using fear as a motivator for compliance runs deep. Abuelita Carmenza is 75 and confessed that she’s still afraid of the dark! Just goes to show that childhood trauma remains in our nervous systems long after the trauma has taken place.

Another example of this is using isolation as a punishment, like sending a child to their room to be alone to “think about what they’ve done”, calm down, or stop crying. It sends the false message that discipline requires disconnection or, that if they’d like to maintain connection with their parents or others, they must first hide pieces of themselves.

Young children don’t have the cognitive ability to differentiate between nightmares and real-life events. It’s important for us to explain to them that even though it feels real, it isn’t, and that you’ll always be there after those scary dreams to embrace them.

Another thing to keep in mind is that young kids’ imaginations usually create a lot of their fears. The more they learn about the world around them, the more their imaginations seem to run wild. This is why it’s important to be cautious of what they’re exposed to in their environment, media, other kids, etc.

Other things to consider regarding Halloween: does the child have a trauma history or sensory issues? If so, I’d discourage you from engaging them in activities with jump-scares, or lots of flashing lights and loud noises. It could do more bad than good for everyone involved.

Instead, try attending a Halloween-themed event at the mall, where it’s adequately lit, relatively safe, and they can enjoy watching other kids in their costumes and receiving treats. If they really want to trick-or-treat around the neighborhood, be sure to prepare them for what they might encounter by explaining what they may see/hear or bring noise-canceling headphones. Also, keep your expectations low about how much time you might spend trick-or-treating because you may end up heading home sooner than expected.

Finally, always acknowledge their feelings if they tell you they’re afraid. We know you mean well, but please don’t invalidate them by telling them, they’re “ok.” A more effective response would be, “You’re safe. I’m here with you.” The most important thing to remember is to always take your child’s emotional, psychological, and developmental needs into account.*

If you’d like more information about how to keep safe this Halloween, we’re offering an additional, FREE resource about how to do so. Just click the link below to access it.